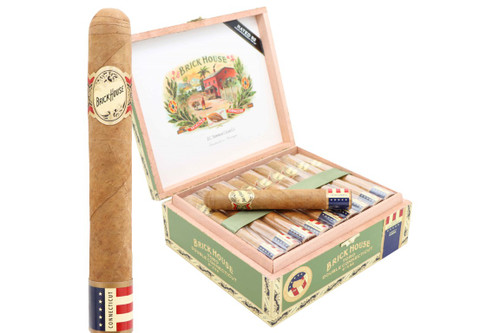 The result of this combination is a very spicy and peppery rich flavor- one not only unlike regular Brick House- but one unlike any other cigar on the market today. Using both Connecticut Shade wrapper and Connecticut Broadleaf Binder is what makes this new Brick House Double Connecticut such a truly unusual and unique cigar.